STL DPB ON THE ROAD - PEOPLE'S REPUBLIC OF FREMONT 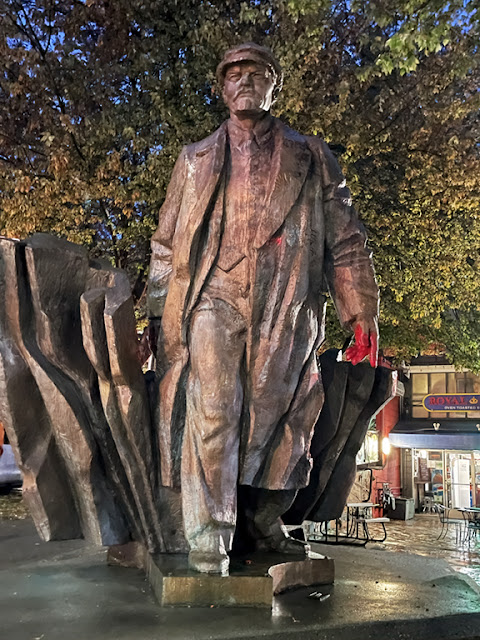 Seattle has its curiosities. Prominent among them is a 16 foot tall bronze statue of Vladimir Lenin in the quirky Fremont neighborhood. Why and how if got there is a complicated story, set out in detail on Wikipedia at https://en.wikipedia.org/wiki/Statue_of_Lenin_(Seattle). It is obviously controversial, often vandalized, often decorated for special occasions and usually with red paint on the hands symbolizing Lenin's bloody career.

Some people have strenuously objected to it but it is privately owned and on private land. The city can do nothing about it. I can only imagine  what would happen if something like this appeared in St. Louis, even in our funkiest neighborhoods. The howls would be deafening.

Tacky is the first thing that comes to mind.

Wow, I will have to read up about this