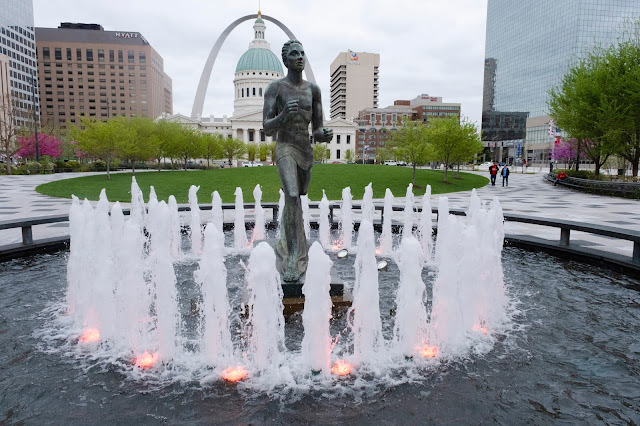 Kiener Plaza is named after Harry Kiener, a St. Louisan who was a U.S. track star at the 1904 Olympics. (Which was held here. We used to be somebody.) Most people don't know that the model was a rabbinical student who was an acquaintance of the Lithuanian-Jewish sculptor. The plaza was completely redone four or five years ago, this statue being the only carry-over. The lights are now LEDs that change colors for occasions like a Cardinals game.

Nice photo with a lot to look at.

A good choice to preserve.