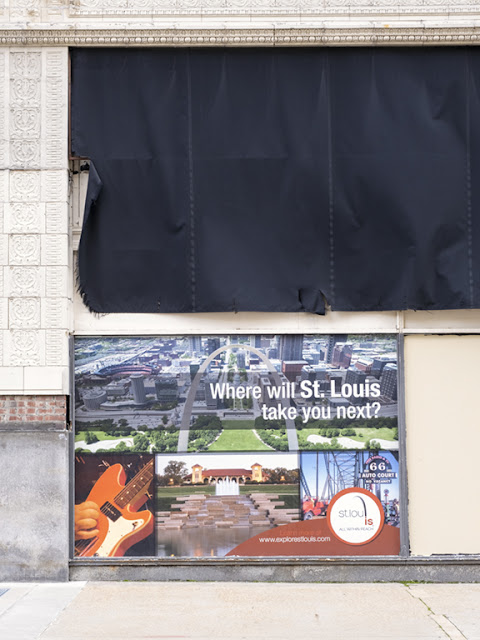 That's all for now of the delights of the botanical garden. Back out on the streets. St. Louis elected a new mayor this week, Tishaura Jones, the first black woman to hold the office. She is currently the city treasurer. Jones is known for progressive views but has made some enemies and there have been whiffs of favoritism in the way she has run her current office. Although I work in the city proper I don't live there so I didn't vote in this election and don't know every detail of its politics. We wish her success and good fortune. Heaven knows this place can use it.

The event made the international edition on the British journal, The Guardian. https://www.theguardian.com/us-news/2021/apr/07/tishaura-jones-st-louis-first-black-female-mayor . Note the statistics about population loss. In 1950 the city itself, which is geographically hemmed in, had about 900,000 people. It's now 330,000 in a metro area of 2.6 million. We have some of the worst suburban sprawl in the country.

There will be something tomorrow about the building in this photo.

We have a mayor who has spent far too long in office, but there doesn't appear any real opposition.