YOU CAN'T GET THERE FROM HERE 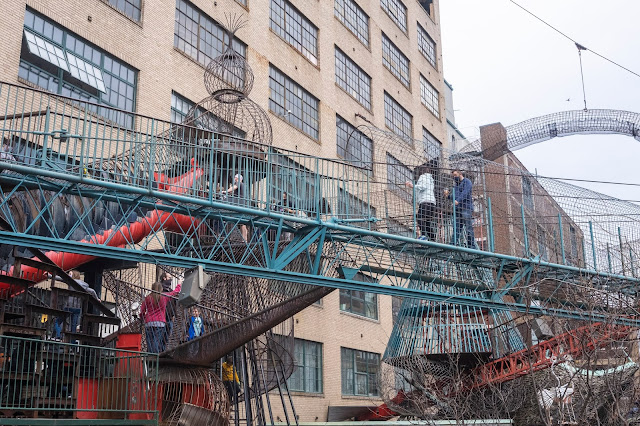 Another perspective on the maze that is Monstro City, the outdoor part of the City Museum. You would have to be on an adjoining rooftop with a wide angle lens to get the whole thing.

This is an an area of old light industrial buildings and warehouses just west of downtown. The museum's structure was a shoe factory or warehouse or both, I forget which. Decades ago, this town was the center of shoe manufacturing in the United States. And we used to make more beer than anyplace before Anheuser-Busch was the last player standing. Back in the day when we were important enough to have two Major League baseball teams, it was said that St. Louis was "first in shoes, first in booze and last in the American League."

The view is helped by having some people in the "machine."