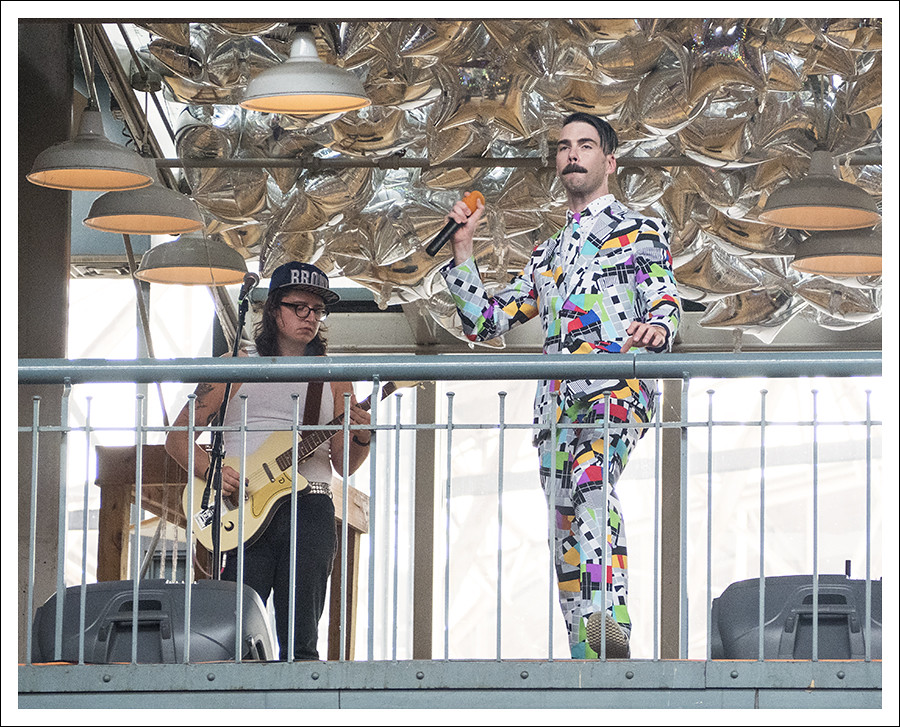 No pictures of Denver yet. From what I've seen so far, downtown is bigger and more modern than The Lou and full of really boring architecture.

So I dug this up from an event at Union Station a few weeks ago. The entertainers are on something of a bridge at the far end of the old train hall, looking down at the audience. The singer really wanted to attract attention and he succeeded.

The guitar player's hat say BRONX on the front. He don't know from The Bronx, as we used to say. I went to high school in The Bronx. I could tell him something. 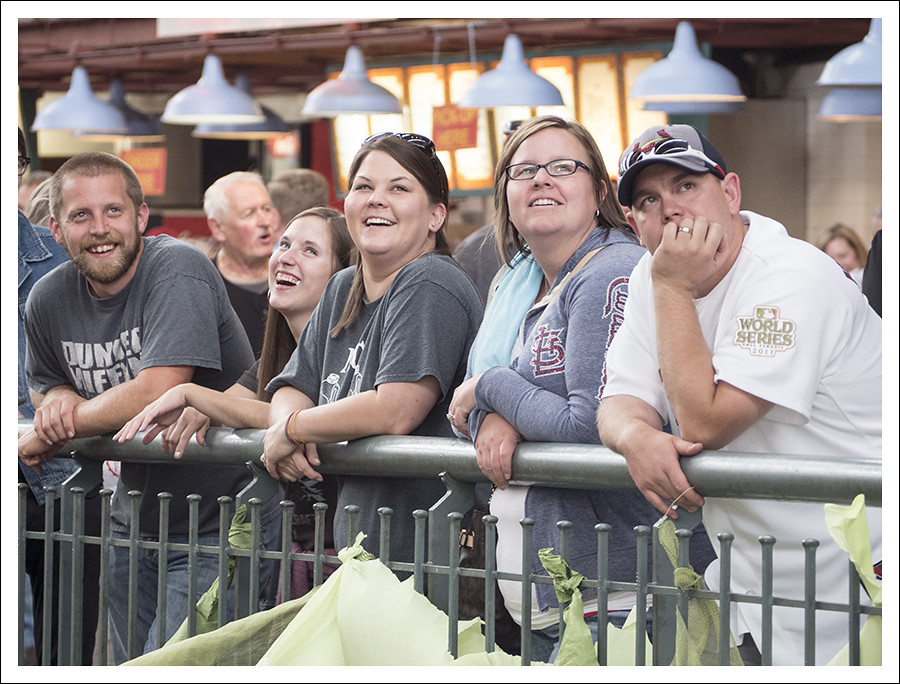 I remember that station with it train models, shops and the big space.

Love the capture of the onlookers.

The suit is unmissable!