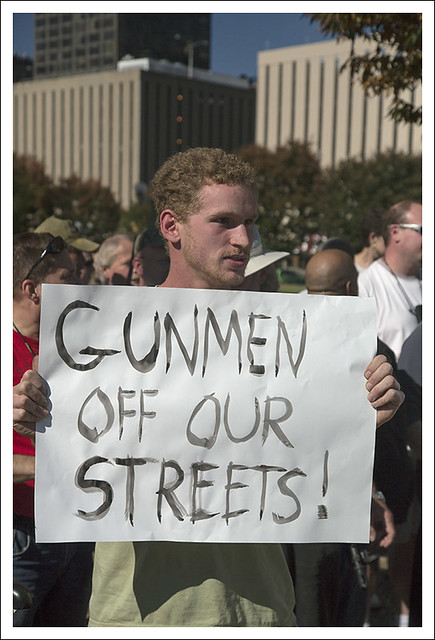 The counter-demonstration at the gun rally had a bigger turnout than the pistol packers. Most but not all of them seemed a bit shy. (Would you be shy if you had a semi-automatic rifle slung over your back?) It was interesting, though, that many of the gun owners engaged their opponents in conversation. No one was yelling, although I doubt anyone was converted.

The well-armed crowd had the right to do what they were doing in the great State of Missouri. Whether it was a good idea is another question entirely. 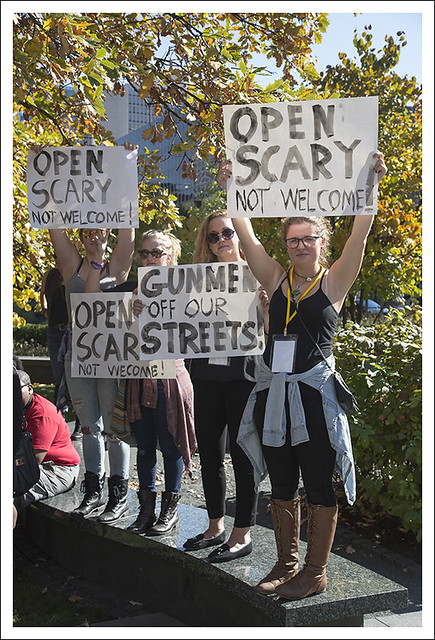 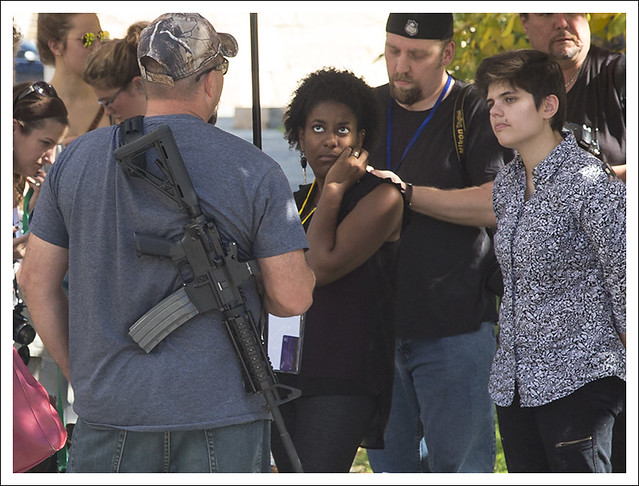 Well, it is pretty scary! Sad commentary this morning on life in this here US of A.

Congratulations to the counter demonstration for rallying more people than the gunmen!

That third shot (no pun intended) is very frightening.

A lot of tension in these shots.

Civility reigns in Missouri? Whichever side you are on (and I am mildly anti-gun), I applaud the demonstrators for having a calm-ish dialog.

Why in the world would anyone need an automatic rifle (or whatever that is) in that last shot? I find that scary, but at least with open carry you know it's there. I think concealed carry is almost scarier.

Glad that everyone was able to talk to each other.