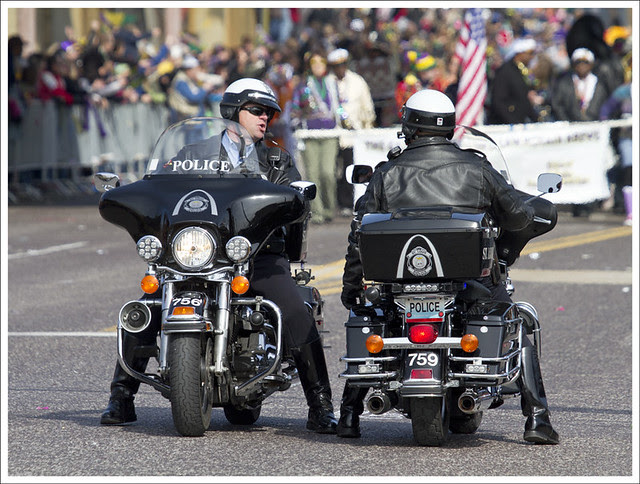 Someone had to maintain law and order among the morning drinkers at last weekend's parade. The St. Louis Police Department was up to the job. What do you think the two above were discussing? Maybe crowd control techniques, maybe the latest Harley-Davidson model?My congressman, Russ Carnahan, below, has a different legal issue. Seats in our House of Representatives are reapportioned every ten years after the census. Missouri lost one seat in Congress due to population shifts. Carnahan is a Democrat. Our state legislature, controlled by the Republicans, drew a map that eliminated Carnahan's seat and favored Republican incumbents. The courts threw out that map. The legislature appears to be unwilling or incapable of revising it so judges may end up doing the job. It's still up in the air.I like Carnahan. (Well, I'm a Democrat.) I once got to spend some time with him in his office in Washington when I was doing some lobbying for the Arthritis Foundation and I was impressed. For the moment, though, he doesn't know if he has a seat to run for. 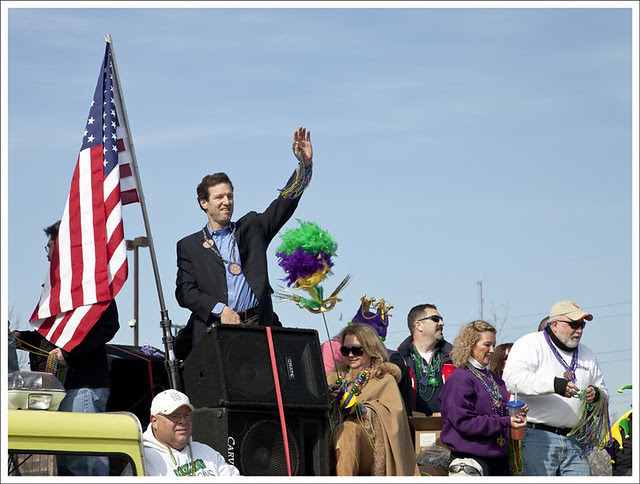 That's one way to control the balance of power. Redistricting in California was done by a citizen's panel brought into being by the proposition process. Our demographic changes have lead to the likelihood of more democratic seats. We'll see.

I wish our seat distribution was reviewed every ten years. In France it takes much longer than that for any change to occur.

I'm enjoying your Mardi Gras photos immensely. Walking up to people is not an easy thing to do in general but of course Mardi Gras is different. Everyone likes to have their photo taken in events like this.

I always say 'drinkin' before noon? Look out!

I don't even want to think about politics Bob, we're having squabbles in the Labour party about leadership issues, with voting 'in party' to decide whether Julia Gillard or Kevin Rudd will get them through the next elections..must be making Tony Abbott's day!!

Here in Canada we have a cabinet minister who seems to think that if you disagree with him, you must be on the side of child pornographers, and a prime minister who's doing everything he can to obliterate the country's reputation so that it fits his ideological point of view. And there's three and a half years and change before we can kick these morons out.

The Mardi Gras series is fantastic. What a bunch of great portraits!

P.S. Thank you for the link, your photos are fabulous! I also visited Tibet so I know exactly what you mean and couldn't agree more with you. It was an unforgettable overwhelming and heartbreaking experience and I'm glad I had it.
... And it seems we both visited the same places in Nepal. There were mud slides too on the way to Tibet, the road was gone in so many places and the bus couldn't go through. I had to walk to Kodari, the Nepalese border, which took me about 12 hours. It was quite an adventure running away from the mud slides which took trees and everything else with them. Then, on the Chinese border they took everyone's passaports and we had to sleep there, in Zhangmu, as it was after 6pm and the border was officially closed. Absolutely surreal! Only the next day I was on the road to Lhasa, the (ironic!) Friendship Highway...

They are discussing how cool people must think that they look. Politics at the moment is everywhere and there's too much of it.

Your Congressman can run so long as he lives in Missouri and meets the age requirement. He just might not have a district he likes or he might have to run against another Democratic incumbent.