Act Your Pants Off 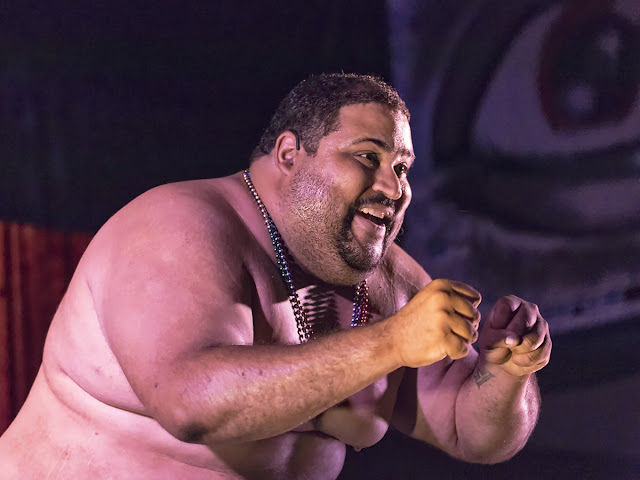 The conceit of the STL Fringe's Act Your Pants Off Event was to collect a number of comedians and actors, divide them into teams of three, and have them do some kind of related serious/silly performances. For example, one of the actors was to recite a speech of Julius Caesar to the Senate, while assuming that he was auditioning for the Moscow State Ballet and had Tourette's Syndrome. Or something like that.
At the end of each round the audience would throw tips into a bucket for their preferred performer. The winner had to come back and do some other stunt while removing an article of clothing. The whole thing was mixed in with appearances by a giant-sized drag queen, burlesque lessons and performance, special appearances by the judges who awarded meaningless prizes on a completely arbitrary basis, and so on.
I was too busy taking pictures to get the performers' names. The fringe staff will try to get that for me and I'll add something about them to subsequent posts. It's too hot to shoot on the street here this weekend so I'll stay with this for a bit. 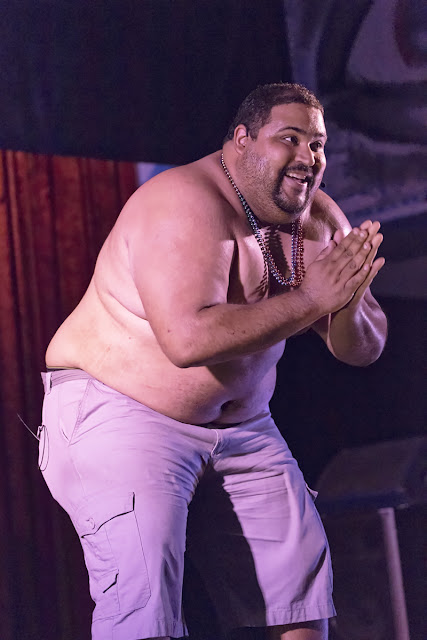 Sounds like a fun event with lots of humor.

Sounds like the funniest event for quite some time!