A Photographer's Reflection: Then and Now 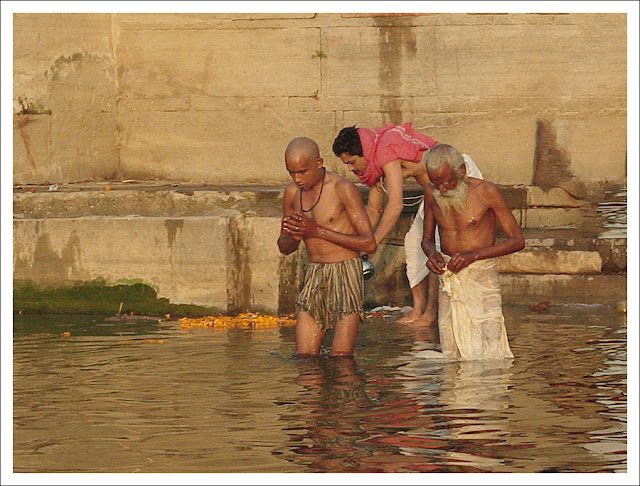 February 2000 - Pilgrims In The Ganges 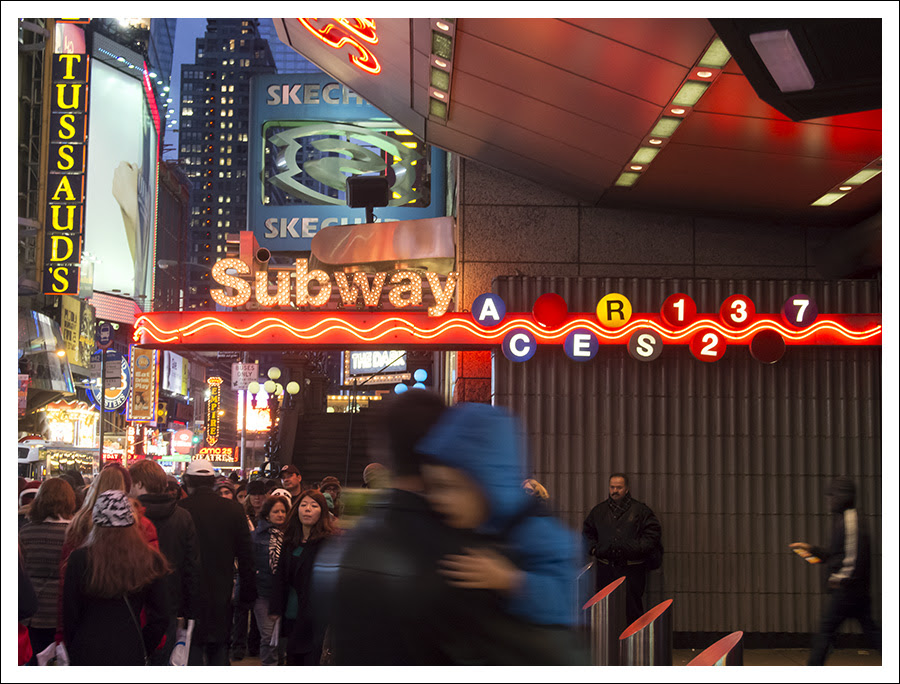 This week is one of City Daily Photo's new "festivals," officially called Navel Gazing. It's about our members introspections on their progress as photographers.

My wife and I had a film SLR camera years ago, a Yashica (remember that?). I played around with it, taking one terrible picture after another, no idea what I was doing.

The first consumer digital cameras came out in 1999 and I bought a good one for the time, a Sony DSC-D700, in anticipation of a trip to India and Nepal. It took 1.5 megapixel, 1344 X 1024 pixel images at 72 dpi, and I certainly used auto mode. A wonder then, a toy now. But it was so liberating to have no cost to push the button, to record everything that caught my eye. People liked the results. I was hooked.

Roll forward 13 years. I've had the benefit of some real training at the Maine Media Workshops. Fortune has been kind and I've been able to get professional-quality equipment. Now I use manual or semi-manual modes, know the difference between an f stop and my elbow, use a flash competently (I was so clueless until I took Bobbi Lane and Arlene Collins' courses in lighting and flash technique, such brilliant photographers and teachers) and know what to do in low light at high ISO on a camera that can handle it. And then there were the wonders of Photoshop. My skills are still limited but I know how to make a good photograph better.

The second picture is recent work, taken on an Olympus E-M5 (those little things are amazing). It pulls lots of that learning and experience together. Not that the first shot is bad. People told me I had a good eye. Now photography is my passion. I wish I could get rid of the stupid day job and become a real photographer.

Okay the color is more vibrant on the second picture but years of progress later I think the first picture is as interesting to see as the second.That means for me that the picture as photographed determines for 95% the quality and the megapixels, high and low iso, just 5%. Especially as you see the photo on internet. But what I really like is the deduction of weight thats a big plus.

You certainly have been improving your craft Bob, but I have to say that I really do like the content, composition and light in the first shot.

I like both photos, but I bet the second was shot with a high ISO in low light. I also like the motion in it.

I know exactly where you're coming from, Bob. Similar experience, though I began with a (film) Practika in 1976 in Paris...used to write down all the data each time I took a photo, then (horror of horrors) I used to cut the negatives APART and write the data beside...oh. Now I'm happily digital. --Am returning to India for the third time in March. Your first photo makes me 'homesick'.

I still need to learn about flash photography. Sure is easier today though, in the digital world, impressive what you can do with a cheap camera, if you know how to use it.

I think the first shot works best for me... it's peaceful, whereas the second is hectic.

I think they are both amazing. The subject matter in both is emphasized by the composition and color. Nice.

they are both good compositionally but you've learnt to capture movement and colour and at night. I like the second shot more. I'm still working up the courage to use a flash, I've done a course but still haven't gone out and tried it.

The difference between a discovery and a composition. Very good lesson for me personally - thank you for sharing your thoughts and photos!

Bob I love your top shot. I would love to have your current camera.

Thank you for participating in our first Festival on City Daily Photo portal.

I am finding the comments on many of the introspective posts as valuable as the post from the blogger concerned. This post of yours is a classic example of that.

The differences between the two, to me, show a much more confident photographer who is willing to chance his arm and take risks, both compositionally, and technically with aperture and shutter speed. Personally, I am no keen on the light in the first image, and find the composition very conservative, whereas the second image is full of life, and full of story. It is a capture, whereas the Ganges comes across as staged.

Many thanks for participating, Bob.

I enjoy both photos, for different reasons. You've inspired me to take my finger off automatic and try more manual settings. I've been reluctant to do that for years, despite urging by some really competent photographers.

I too really like both photos - the first because of the subject but yes, were you to take this now, Bob, it would be very different. The second photo breathes life - I feel I'm there and I agree with Julie, it shows a brave photographer and a confident one. Beautiful work.