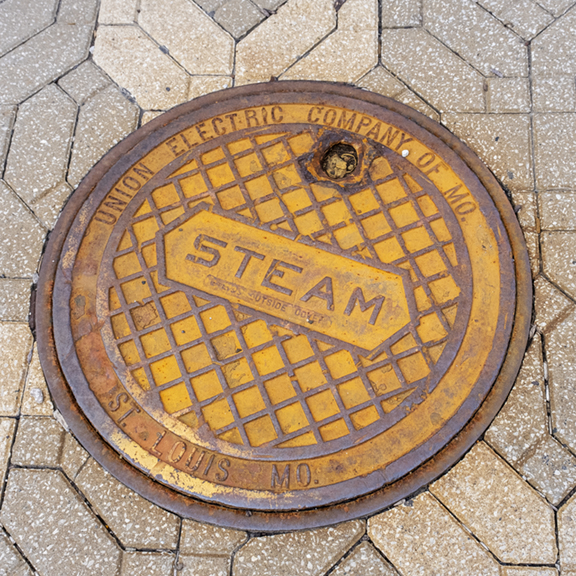 There is a steam loop under downtown St. Louis. What's a steam loop? The first electric generating station here was built along the Mississippi for the 1904 World’s Fair. As the city's needs grew and more power plants were built, the old one was put to a limited use. It created vast amounts of steam that was circulated through the city center in heavy pipes. These branched off into many buildings to provide heat in the days of radiators and, in some cases, to power electricity generating turbines for a particular location. I can't imagine that it is very widely used these days but it still exists. You don't want to open this manhole cover and have a peek.

Today is Mrs C. and my 47th (gasp!) anniversary and we're off for a little getaway to someplace interesting. Pictures to follow soon.

Congrats on 47 years together. I hope you have many more coming along!